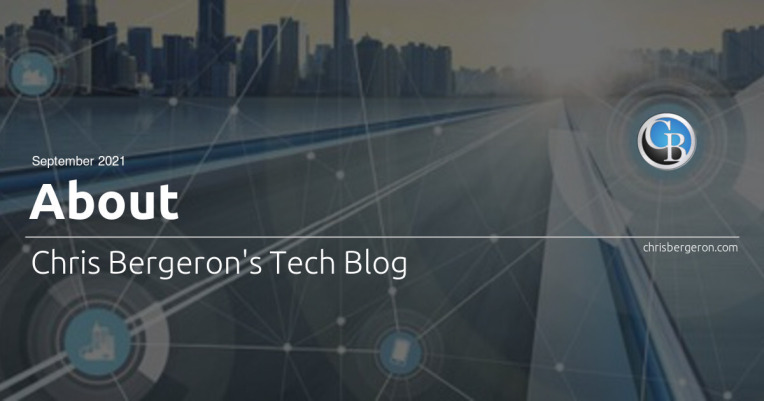 This blog is my online journal, stream of consciousness and partial representation of myself. It’s not sanctioned, approved or governed by any entity, employer or nation state. All thoughts, opinions and typos are mine. This is my internet property and I hope you enjoy your visit or at least learn something you didn’t know previously.

Some of the posts here have been featured on major online news aggregators such as HackerNews, Reddit, Slashdot and Digg. Some of which by my own submission and others have caught me by surprise. If you’d like to read more things I post, there’s an RSS feed button in the header/footer as well as an email list.

I post things that I’ve created or that I find interesting, satisfying, worth sharing, teaching or inspiring. I’m open to questions or concerns at the communication vectors provided. Unconstructive criticism will likely be ignored, but advice will likely be considered.

Not everything I’ve built or experimented with is represented here. For many projects I’ve never bothered to write up a post. For others, I just post a few sentences and a picture or two just to stub out an eventual writeup. I have many interests - some fleeting (ex. extreme couponing) and others with more longevity (computing). Almost all are related to technology; both legacy and bleeding-edge.

I’ve worked in many different industries in varying capacity.

I started working with computers when I was about 13 years old and I’ve loved them ever since. My first computer was a TRS-80 and I’ve worked with every major platform since. My current system preference is Linux, but I also use Mac OS X and Windows. I have numerous interests and I document many of them here.

In 1999 I created one of the worlds first carputers: the in-dash pc (dashpc.com before the domain was hijacked) and in 2003 I started the Linux Automotive interface (also here). I stopped work on the Linux Automotive project several years ago. In 2006, I was interviewed for O’Reilly’s Release 2.0 Magazine.

Some of my projects have been featured in multiple publications:

In my spare time, I work on several other fun projects. Among my many interests are:

My last name is pronounced ‘bɜrɡɜrɔn

If you have any questions or comments, please feel free to email me (blog@chrisbergeron.com).